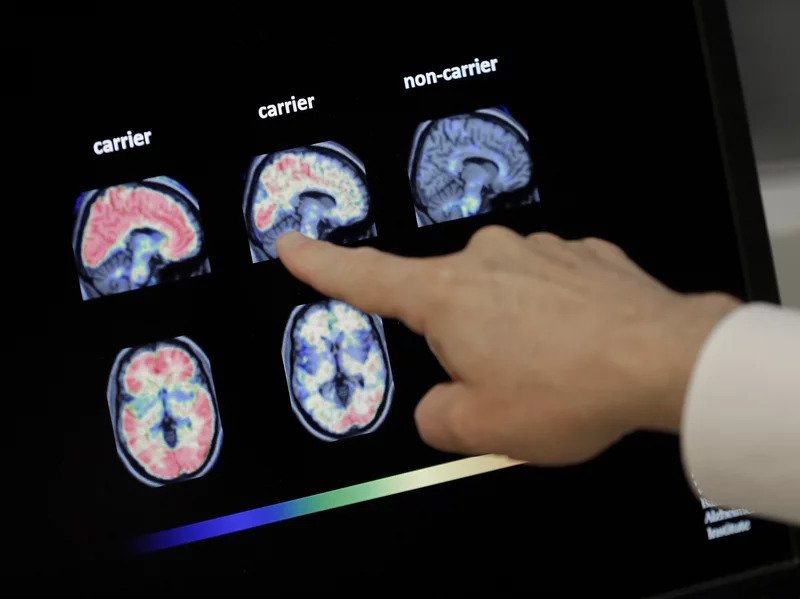 A drug called aducanumab could become the first approved treatment designed to alter the course of Alzheimer’s disease rather than relieve symptoms.

But it’s unclear whether the Food and Drug Administration will approve the drug because of persistent questions about its effectiveness.

The FDA has a Monday deadline to make a decision on what would be the first new Alzheimer’s drug in nearly two decades.

Aducanumab, which the drug companies Biogen and Eisai are developing, is designed to reduce the sticky amyloid plaques that build up in the brains of people with Alzheimer’s. And studies show that it does that well.

What’s unclear is whether reducing plaque slows down the disease process that ultimately kills brain cells and impairs memory and thinking.

Before aducanumab, a long list of anti-amyloid drugs had failed to help patients despite reducing plaques. And aducanumab appeared to be a failure just a couple of years ago.

In 2019, Biogen and Eisai ended two major studies of the drug after preliminary results suggested it didn’t work. Then a reanalysis of the data produced a more favorable result, and the companies decided to seek FDA approval after all.

Ultimately, the FDA was presented with one study showing the drug worked and another showing it didn’t.

Even so, many patient-focused Alzheimer’s groups support approval of the drug.

“We believe strongly that if the FDA approves this treatment, it will be a new day for Alzheimer’s,” says Harry Johns, president and CEO of the Alzheimer’s Association.